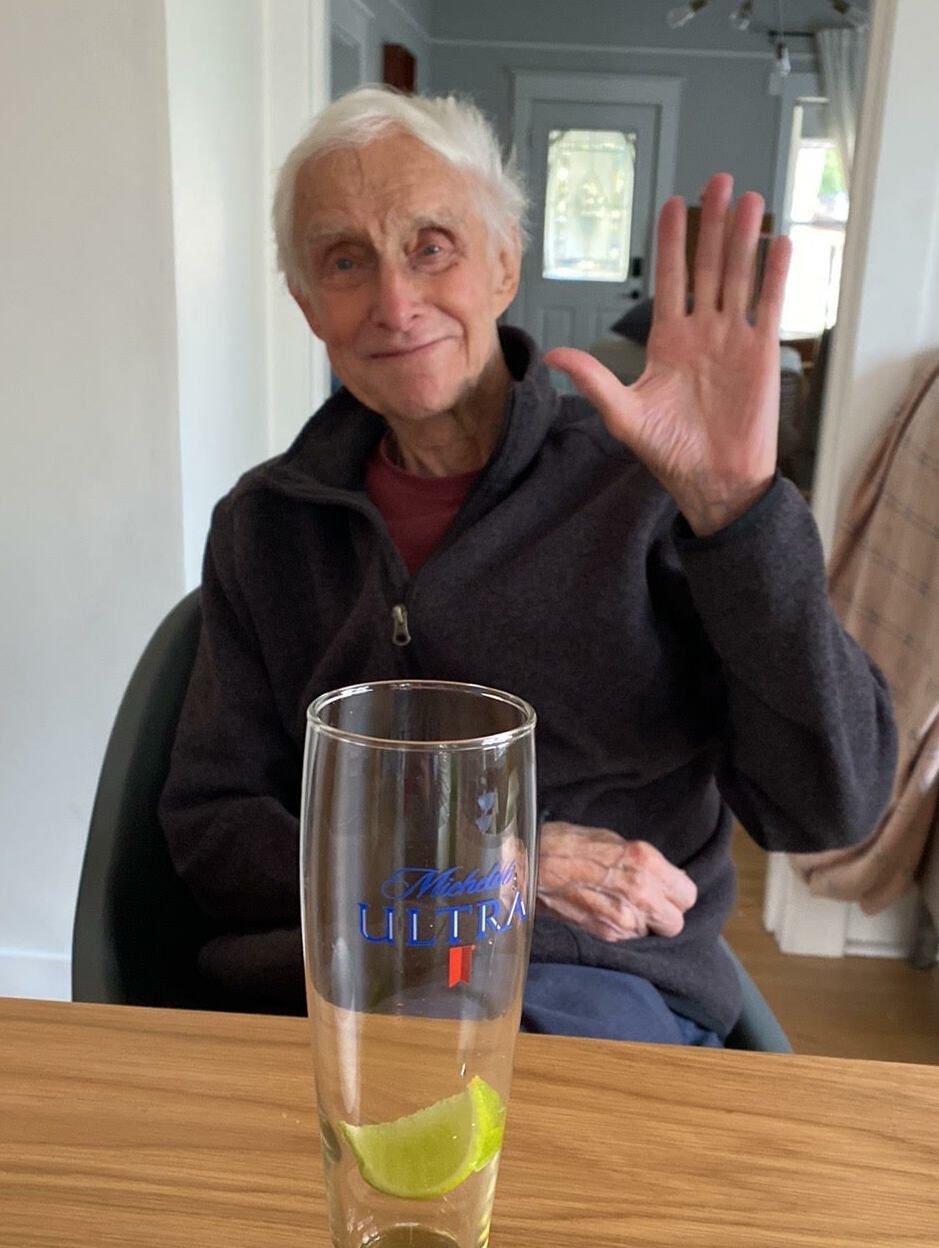 Richard Allan Magee, aka Al, was born on October 18, 1934 to Leonard and Nina. He grew up in London, Ontario with his parents and sister, Mary. His early experiences with his grandfather Jack, working on the railroad and backpacking through Europe galvanized Al’s love affair with adventure, meeting people and ruffling feathers.

In the 60’s he moved to Australia and married his beautiful (and very patient) wife Lois, who hailed from Owen Sound, Ontario. During his time in Australia, he balanced a vibrant social life with training for lifeguarding in the surf, working as a well-site geologist, owning and operating squash courts and managing a car dealership. While living in Alice Springs the family became a foursome, adding his son Sandy and daughter Shannon to the Magee clan.

In the early 80’s Calgary became the family’s new home, and Al continued with well-site geology. Alberta offered up plenty of skiing, socializing, golf and talking politics to keep him occupied. On Al’s 50th birthday in 1984, his moniker for himself, “Captain Canada”, was unveiled to the world!

Al’s philosophy on life made him an outlier. He wore his heart on his sleeve, would give you the shirt off his back, and he was always the first one to pick up the bill when dining out. He was an old world scoundrel with a big heart and a strong moral compass. He worked hard, played hard and napped hard.

Al loved his family and friends deeply, especially his beloved wife Lois. Her passing in 2013 was a devastating loss. In 2014, Al moved to Kimberley, BC, where he lived next door to Shannon, Kris and his three granddaughters Zoe, River and Neve. He connected with many people in Kimberley through his daily routine which included pool at the Elks, hitting whiffle balls at Centennial Field, people-watching in the Platzl, dining with friends and rounds of golf. He also enjoyed showing off “his” town when Sandy and his wife Maria came for their annual visit.

On September 17, 2022, with a wave and a smile, Al wished us all a happy life and passed away peacefully surrounded by family and friends.

Al and his family are profoundly grateful for the care and dignity provided by Dr. Lunge, Dr. Buddo and Nigel Kitto.

Al will be missed by many, remembered by most and is no doubt the life of the party wherever he is now.

To send flowers to the family or plant a tree in memory of Richard Magee, please visit Tribute Store
Online Memory & Photo Sharing Event
Online Event
About this Event