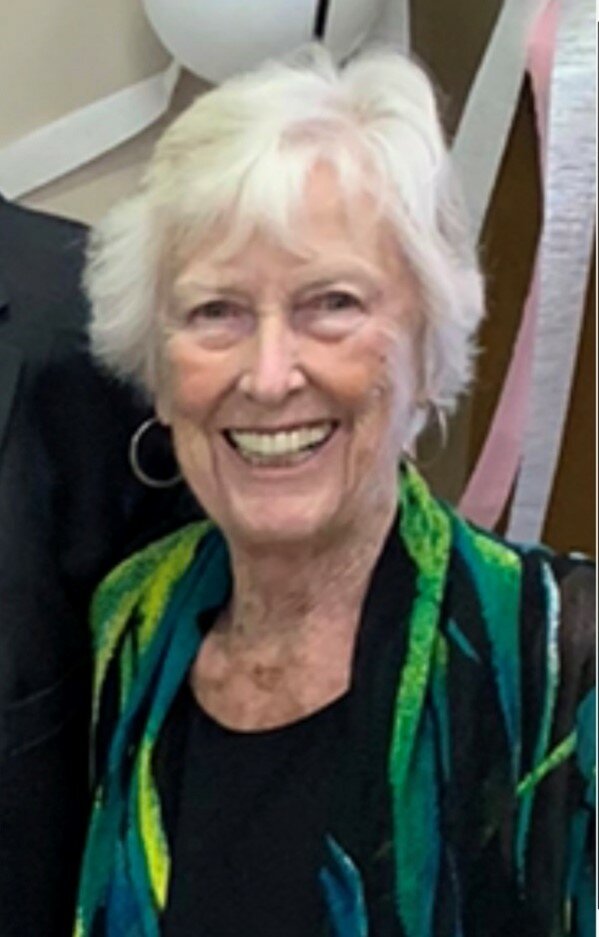 Please share a memory of Joan to include in a keepsake book for family and friends.
View Tribute Book

Joan was born in Penticton to Louisa and Sarsfield Nagle as the youngest in the family. She had all the freedom as a child from her era could have. Joan had an idyllic childhood in the warm sunshine of the Okanagan. Joan was able to have a ripe peach from the tree in her yard whenever the urge hit. As a teen, Joan was a competitor in the Penticton Peach Festival and became Miss Penticton. She later competed in Miss PNE and became Miss PNE in 1952. When the duties of her reign were fulfilled, she went off to nurses training. Her love, Keith, missed her dearly while she was away and finally convinced her to leave her training and become his bride. Together, they lived in New Westminster and Penticton until they moved to Cranbrook to their permanent home. Joan did volunteer work and raised four children with an energy that spoke of her love of family. Late nights at the sewing machine making costumes, mending, and making clothes. A great mother and loving wife, she was always game to try new things and help Keith out in their business ventures. Later, she took an accounting course and got a job at the college as a payroll clerk. She worked there until illness caused her to cut her career short. She lived the rest of her years being a wife, mother, grandmother, and great-grandmother. Her zest for life and enthusiasm allowed her to live on her own despite being legally blind. We said goodbye to our beloved Mom on October 22nd, leaving an empty space in the lives of all who had the good fortune to have known her.

We miss you and thank you mom,

To send flowers to the family or plant a tree in memory of Joan McLean, please visit Tribute Store
Online Memory & Photo Sharing Event
Online Event
About this Event