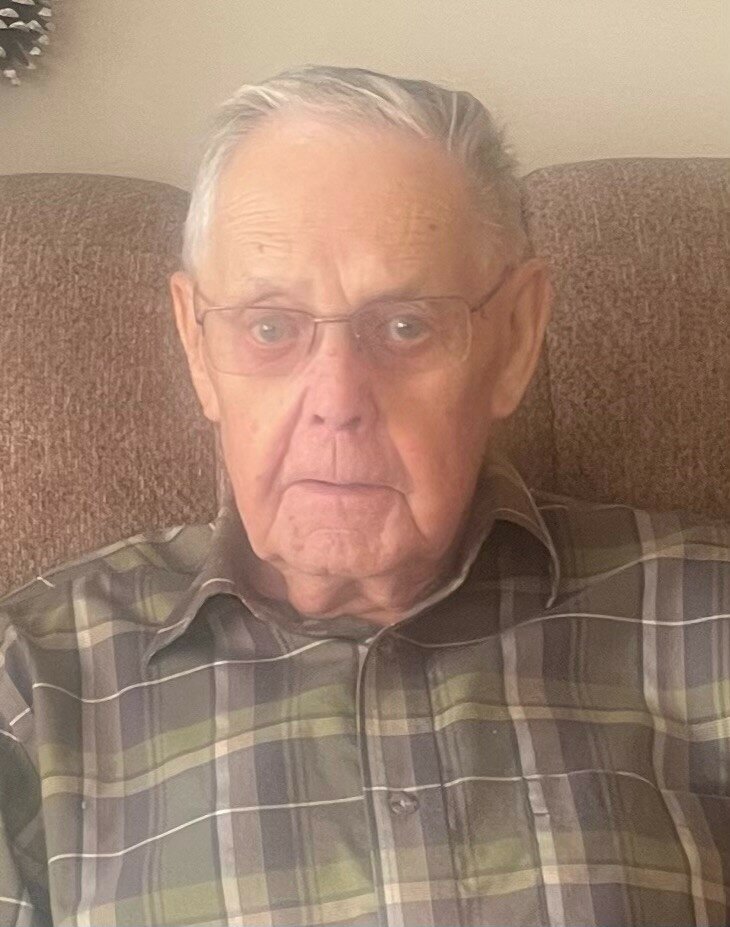 With heavy hearts, with his family at his side, Robert (Buzz) Ellis Moll passed away peacefully at home on October 28, 2022 at the age of 89.

Buzz was born in Maidstone, Saskatchewan on April 20, 1933 to Clara and Gustaf (Gust) Moll. He moved to the valley in 1952 before returning to Maidstone to marry Ona Beisel in 1956. They returned to raise their family and worked in the logging industry before working with Art Stringer and then starting his own plumbing business in 1975.

Camping, fishing, gardening, skiing, and garage sales were some of Buzz’s favourite pastimes. Once retired, he enjoyed many peaceful hours building projects in his shop. Many of his wooden fisherman, Swedish horses and birdhouses can be found throughout the region.

At his request there will not be a formal public service, although his family would love to hear your favourite stories about Buzz.

There will be an interment and private graveside service in Maidstone Saskatchewan at a later date.

To send flowers to the family or plant a tree in memory of Robert Moll, please visit Tribute Store
Print
Online Memory & Photo Sharing Event
Online Event
About this Event