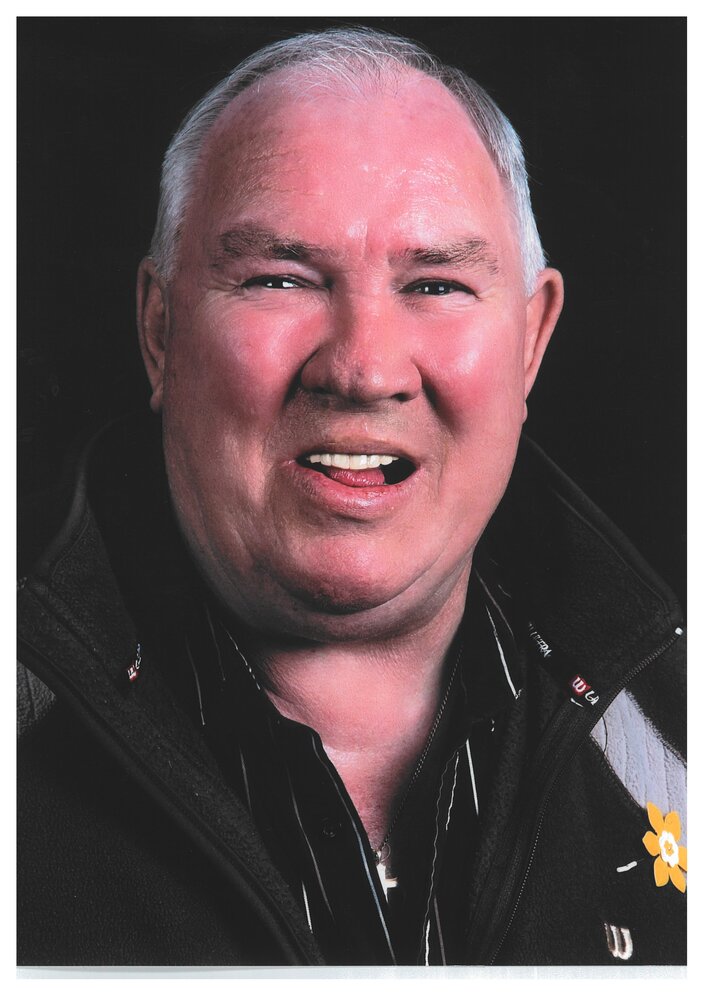 It is with heavy hearts, that the family of George Allan Laurie announces his passing suddenly at home on October 21, 2022 at the age of 78.

George was born in Michel, BC on September 8th, 1944 to William and Florence Laurie. George was raised in Cranbrook, BC and spent his youth actively involved with sports and excelling in hockey and track and field. In his later years George enjoyed spending his time visiting with friends at the Kootenay Clover House and enjoying the ups and downs of being a Blue Jays and Canucks super fan!

George spent many years as an active volunteer in the community of Cranbrook and was recognized for his efforts from the Cranbrook Food Bank Society, the Community Action Centre where George played a big role in helping get the program off the ground and the EK Mental Health Society. George was awarded the Commemorative Medal from the Governor General in 1992 for his outstanding contribution to Canada and his community, and in 2008 he was nominated for the Courage to Come Back award.

George was predeceased by his wife Penny, his parents William and Florence Laurie and brother Bill Laurie.

He is survived by his sister Evelyn Tennant and her extended family, nephews Brandon Laurie and Cam Laurie.

The family will be holding a celebration of George’s life at a later date.

In lieu of flowers the family asks that donations be made in George’s name to Canadian Mental Health Association for the Kootenays, 100-1000 21st Ave. North, Cranbrook, British Columbia, Canada, postal code V1C 5L9.

To send flowers to the family or plant a tree in memory of George Laurie, please visit Tribute Store
Online Memory & Photo Sharing Event
Online Event
About this Event