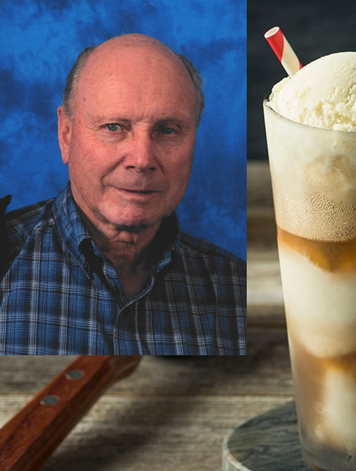 Please share a memory of Carl to include in a keepsake book for family and friends.
View Tribute Book

We are heartbroken to announce the passing of Carl on Friday November 4th2022 at the Invermere hospital.

Carl was born in Pouce Coupe, BC and grew up on the family farm in Tupper BC.  At age 17 he left the farm to work at Macleods in Dawson Creek and later moved to work at their store in Grande Prairie.

He later started working for Karran’s Plumbing and Heating where he worked as their bookkeeper.  It was then that he met Betty, after multiple attempts to catch her eye, by walking past the office she was working at.

They fell in love and married in 1959 in Grande Prairie, where they raised their 3 children.  Carl eventually went into the trucking business and worked many years for Ray Harris, while developing a strong friendship with the family.

Carl always had a strong work ethic, and after a brief retirement started Hidden Valley Acres landscaping and lawn maintenance.  He and Betty worked side by side and enjoyed the work as they both loved the outdoors.  He enjoyed talking to his clients and always ended up doing some kind of handyman work for many of them, if he had more hands that could have been another full-time job for him, and he enjoyed it.

He and Betty enjoyed bowling and belonged to a bowling league with long-time friends, and even brought home a few trophies. Carl spent many years driving his kids to their hockey and baseball games and tournaments.  He even coached hockey for a couple years supporting the players and their love of the sport.  Many friendships grew with the parents, and he enjoyed the excitement of the games along with getting to know his kid’s friends. He was a Leafs and Flames fan and always looked forward to watching the games and cheering them on. Carl also enjoyed the numerous rodeo’s Betty competed in throughout the years.

He was the ultimate host and made everyone feel welcome.  You could not be in his presence for more than a minute without the numerous offerings of a beverage or something to eat. If you declined, it would be less than a minute that the offer was made again. In the end, you knew to accept, as he would finally sit down and have a visit. He loved his root beer floats and bacon and eggs.   Floats became a family tradition that he like to share with everyone especially his grandkids.

For years, Carl took his family camping and fishing to Two Lakes.  Many Fridays the camper was loaded and ready to go as soon as he was finished his workday. Trolling for fish, dirt bike riding and snowmobiling in the winter were the things he loved to do and being outdoors is where he felt most relaxed and rejuvenated.

In 2019 Carl and Betty made the move to Fairmont Hot Springs to be closer to their children and grandkids.

He was very proud of all his grandkids and enjoyed hearing of their accomplishments and adventures, always giving encouragement and being amazed of what they are doing.

We want to thank the amazing care from the Kelowna hospital doctors, nurses and staff for their respect shown to Carl.  A special thank you to the Invermere hospital doctors and nurses who looked after Carl during his final days.

He is predeceased by his parents Carl and Paula and his brother Fred.

Carl is survived by his wife Betty of 63 years, his children Gary and wife Kelly, Brian and wife Corrie, Karen and Husband Bill; Grandchildren Zachary, Marriah, Ilianna, Jeremy, Brett, Alexandra, Luke, and great grandchild Ezra; his brother’s wife Joanne and her children Charlie, Rosemarie and Marlene; his brother in-laws John and wife Margaret, Bob and wife Juanita, and sister-in-law Dorothy and her family.

In lieu of flowers donations can be made to the BC Cancer Foundation.  The family would also like to suggest you enjoy a root beer float today!

To send flowers to the family or plant a tree in memory of Carl Schaal, please visit Tribute Store
Online Memory & Photo Sharing Event
Online Event
About this Event

Share Your Memory of
Carl
Upload Your Memory View All Memories
Be the first to upload a memory!
Share A Memory
Send Flowers