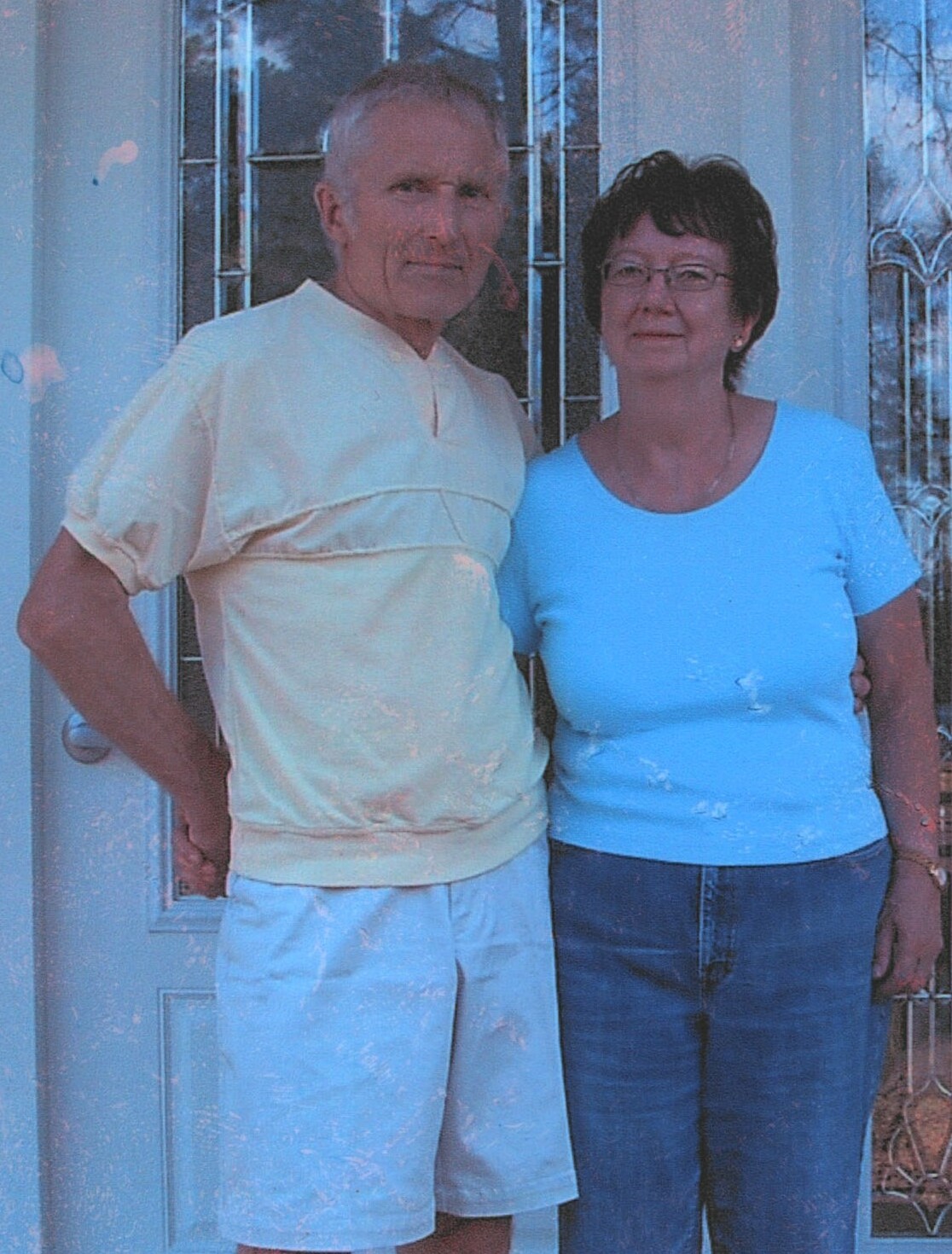 Please share a memory of Ove & Kirsten to include in a keepsake book for family and friends.
View Tribute Book

It is with great sadness that we announce the passing of our beloved parents Ove Andreas Munkelt Lomholt and Kirsten Annie Lomholt.
Ove passed away quietly on October 6, 2022 from complications related to Parkinson’s. He has been returned to his beloved wife Kirsten (Kis) who passed away on May 12, 2020. Ove and Kis were childhood sweethearts who were married on May 16, 1964.
Both Ove and Kis were born and raised in Denmark. Ove was born in Viborg, and later his family moved to Bjerringbro where he met Kis who had been born in Nykoebing Falster. Ove obtained his electrician’s certification in 1963. Kis completed her nursing education the same year. After getting married, they moved to Skive where Ove worked for the Skive power company and Kis worked for the regional hospital until 1976 when they immigrated to Canada with their two young daughters.
The family settled for a short time in Erickson, BC, where Ove worked for his brother-in-law on the family farm and Kis worked as a drapery seamstress. Soon the family relocated to Sparwood where both Kis and Ove worked hard to earn their Canadian certifications in their respective fields. Ove worked as an electrician for a local contractor until 1978 when he was hired by Kaiser Resources. In 1994, Ove began his own contracting company, Lomholt’s El Service which he operated until his retirement in 2010. While Kis worked for the Sparwood General Hospital until her retirement in 2002, her first Canadian nursing experience was at the Michel-Natal Hospital.
Both Kis and Ove were well respected in their fields. They looked after and cared for the needs of their customers and patients with skill and commitment.
In 2003, Kis and Ove moved to Cranbrook where Ove had built their dream home, one they had dreamt of building since they came to Canada. Ove was an avid outdoorsman, who enjoyed hiking and riding his mountain bike with his two dogs. Kis was an amazing cook who loved to welcome friends and family into her home to enjoy a delicious meal and maybe a bit of dancing afterwards.
Ove and Kis are survived by their 2 daughters, Charlotte Osborne (Brad) and Pia Virginillo (Rob) as well as their much-loved grand-children, Alessandro and Izabella (Virginillo). Ove is survived by his brothers Arne (Marianne) and Karl-Adolf (Ruth) and sister Ingrid. Ove is predeceased by his parents Bertha and Axel Lomholt and sisters, Kirsten Tarding and Edel Knudsen. Kirsten is predeceased by her parents Carl and Lydia Pedersen and brother Kjeld Pedersen.

A private gathering to celebrate their lives and their love will be held at a later date.

To send flowers to the family or plant a tree in memory of Ove & Kirsten Lomholt, please visit Tribute Store
Online Memory & Photo Sharing Event
Online Event
About this Event

Share Your Memory of
Ove & Kirsten
Upload Your Memory View All Memories
Be the first to upload a memory!
Share A Memory
Send Flowers