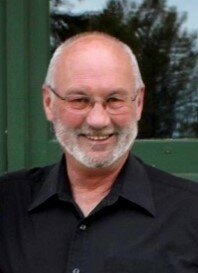 It is with great sadness that family announces the sudden passing of Bob Girvin on December 22, 2022 after a brief hospital stay in Cranbrook, BC.

Robert (Bob) Arthur Girvin was born in Calgary, Alberta January 18, 1955 to Herbert and Naomi May Girvin and raised in Cranbrook, B.C.  After graduating Mount Baker Secondary School he married his wife of 47 years, Debra LaVerne Henderson, and they moved to Prince Rupert, BC where Bob began his 35 year career with Court Services.  After a brief posting in Fernie, BC Bob accepted the position of Manager of Court Services in Williams Lake, BC.  In that role, Bob wore many hats, including Registrar of the Supreme Court, Justice of the Peace, and Manager of Court Services which included Sheriff Services and Court Registry Staff.  In those capacities he was an integral part of the Judicial System in Williams Lake.  He was very well respected by his staff, Lawyers, Judges, and the public whom he served.  He was very professional and always made time to lend an ear, especially to the public who were often disgruntled and were just looking for someone, anyone, who would listen.  To his close knit staff he was kind, caring and supportive.  Outside the office, Bob and Deb hosted many staff BBQ’s, golf tournaments and Christmas parties and lasting personal friendships resulted.

Bob was predeceased by his mother, Naomi, brothers Randy and Patrick, and daughter, Kari Girvin.

At Bob’s request there will be no service.  Interment with immediate family will be scheduled at a later date.

Many thanks to the caring and professional staff of Cranbrook Regional Hospital.

To send flowers to the family or plant a tree in memory of Robert Girvin, please visit Tribute Store
Online Memory & Photo Sharing Event
Online Event
About this Event