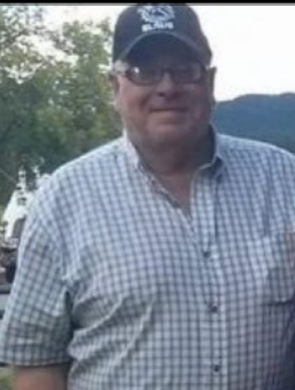 Please share a memory of Patrick to include in a keepsake book for family and friends.
View Tribute Book

It is with heavy hearts and great sadness that the Mahon family announce the sudden passing of Patrick Mahon on Wednesday December 21, 2022. Pat passed away at home in Wasa. Pat and Cherry have lived in Wasa for the past 27 years, where their family have enjoyed and shared many memories; such as a family wedding, many dinners, BBQ’s, campfires and campouts over the years.

Pat and Cherry met in 1968, got engaged in 1969, then married on January 16, 1971. The first son Douglas came along in 1971, the second oldest son Dwayne arrived in 1972. The oldest daughter Tammy came next in 1975, followed by youngest daughter Tricia in 1979. All kids were raised basically here in Cranbrook. In the mid ‘80s they moved to Alberta which proved to be a great move for Pat’s work history. Over the years he had different jobs; CFI, Bushwork, owned a tye mill, had contract for Fort Steele Train for 5 years and owned water trucks.

He worked start to finish on the Old Man River Dam. He really liked whatever job he had and gave his all. When he got into the aggregates field at the dam, and then at LaFarge in aggregates, washplant, crusher, and machining; he had found his niche and was totally in his element. He excelled from bottom over short time to superintendent and actually became a wealth of knowledge on the aggregates business, and running and/or fixing it all. He could fix almost anything, and he had a lot of patience – so so opposite to me! He really liked his job and earned a lot of respect from many higher-ups in similar businesses asking his advice for fixing, or setting up plants, or fixing a machine problem, or setting up a plant. Even so much so to the extreme of hiring him just for consulting.

In 2015 he woke to having no sight! After a couple of appointments he was booked in for surgery. After 7 surgeries in just over a year, there was little to no improvement, so he eventually settled without his sight, but did have a more idle life since, to then going completely blind.

I have been with this man since I was 15 years old, January 16 is our 52nd Anniversary! Sometimes the years were up and down, but we mustered through. We had 4 stupendous kids; and the gift of 12 grandchildren, and 13 great-grandchildren (and growing still). Pat I hope and pray you’re out of pain, and it does give us all great comfort you are with our boys and at peace. You are truly respected, will be greatly missed, forever loved. “See you on the other side”.

A Celebration of Life in honour of Pat will be held on Monday January 16, at 11:30 a.m. at McPherson Funeral Home in Cranbrook, B.C.

The service will be livestreamed here on the McPherson Funeral Home website.

To send flowers to the family or plant a tree in memory of Patrick Mahon, please visit Tribute Store
Monday
16
January

Share Your Memory of
Patrick
Upload Your Memory View All Memories
Be the first to upload a memory!
Share A Memory
Send Flowers