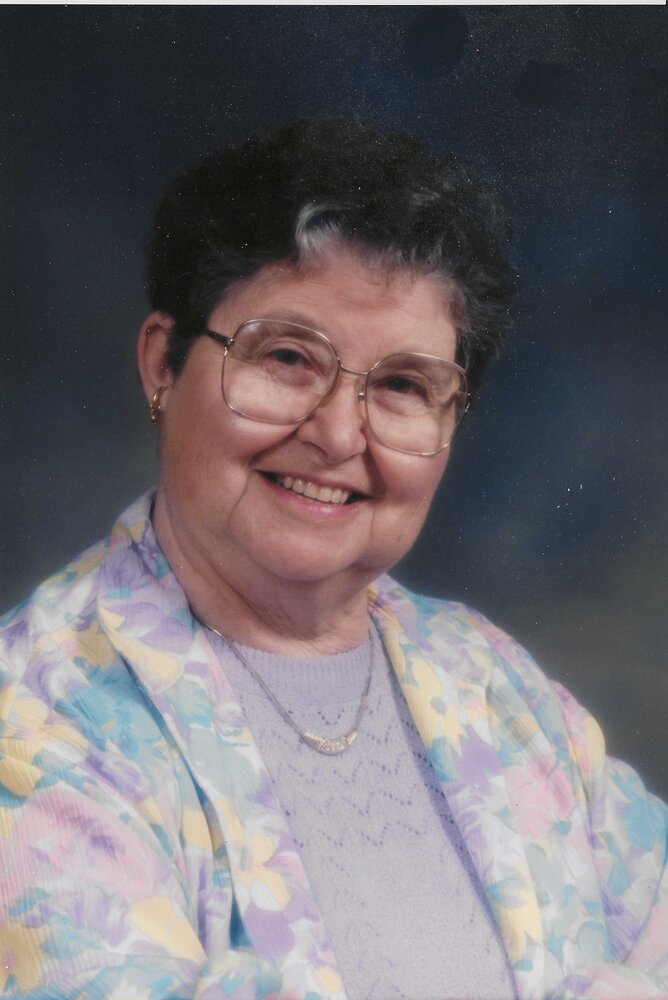 Please share a memory of Angelina to include in a keepsake book for family and friends.
View Tribute Book

Long time Cranbrook resident, Angie Turner, passed away peacefully in Agassiz BC on December 15th at the age of 93.  Angie lived on her own in Cranbrook until the summer of 2022, when she moved to Agassiz to be closer to family.

Angelina Clara Abbott was born April 17, 1929 in Nelson BC to George William Barker (Dick) Abbott and Angelina (Annie) Smith Abbott and was a beloved much younger sister for Gladys.  She attended elementary and secondary school in Nelson and then studied at Normal School in Victoria where she received her teacher qualification.  She took early teaching assignments in small schools in McBride, Champion Creek (a Doukhobor Community) and Yahk.

Angie met Alfred Turner at a dance in Kimberley and they married in Nelson in 1955.  The first few years of their marriage, Angie and Alf travelled to various locations in BC including Chilliwack, Goldbridge and Lillooet, while Alf worked as a bookkeeper for Northern Construction.  In 1959, they moved back to Cranbrook where Angie took a teaching position at Central School and then at Steeples Elementary where she taught mostly Grades One and Two.  She was a trendsetter among her fellow teachers, leading a movement for women to wear pant suits in the classroom.  She retired in the early 1980s after teaching the grandchild of one of her first pupils.

Pre-deceased by her husband Alf in 1997, her parents, sister Gladys, parents-in-law (Maggie and Ernie) and many brothers-in-law and sisters-in law.

She is survived by:

Angie loved to garden and take care of her many house plants.  She liked to travel in later years and often went on bus excursions to casinos in the area.  She and Alf curled together for many years and were on a team that won a provincial championship at an Eagles Lodge bonspiel.  They also camped, often with the Eagles on Wheels, and went fishing from a small boat with Angie hanging on to a rope at the front of the boat for security.

A family memorial was held at Chilliwack.  Funeral service in Cranbrook at Christ Church Anglican on Monday, January 16th, 2023 at 1pm.  A reception to follow and interment later that day.

To send flowers to the family or plant a tree in memory of Angelina Turner, please visit Tribute Store
Online Memory & Photo Sharing Event
Online Event
About this Event

Share Your Memory of
Angelina
Upload Your Memory View All Memories
Be the first to upload a memory!
Share A Memory
Send Flowers