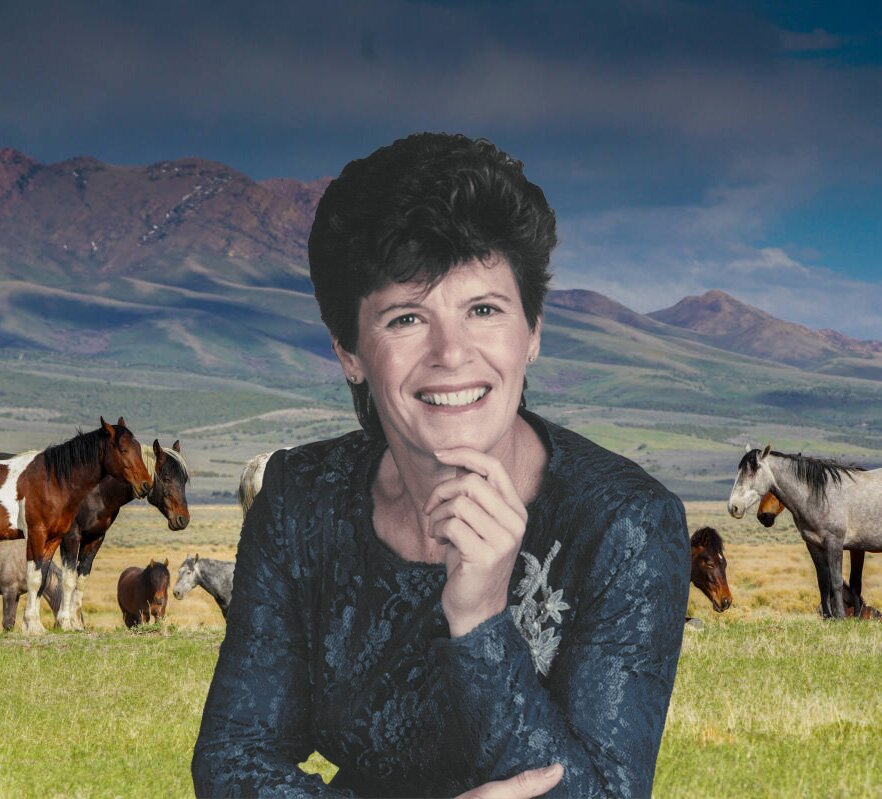 Please share a memory of Betty to include in a keepsake book for family and friends.
View Tribute Book

We are heartbroken to announce the passing of Betty on January 2nd, 2023, in Fairmont Hot Springs, BC at the age of 84.

Betty was born in Grande Prairie, AB and grew up working on the family farm.  There were many years of hard work and chores to be had, leading her to become a hard worker, practical thinker and would always lend a hand where needed.

Betty met her husband Carl in Grande Prairie while working at the Coca Cola plant and he was at a nearby office working for Karran’s Plumbing.  They married in Aug 1959 and welcomed 3 children over the next few years.

While raising their children, Betty was always available to coach in minor hockey and baseball.  She thoroughly enjoyed those years, leading the teams to many victories and supporting each sport her children loved.  There were numerous road trips both in the winter and summer and those prairie winter roads were never a deterrent for getting the boys to their tournaments. Betty was a leader in growing and developing the Grande Prairie ladies minor hockey auxiliary.  She spent many years volunteering at the bake and equipment sales, swap meets and many evenings working in the concession booth and sewing crests onto jerseys for the teams.

Being involved in sports was just part of Betty’s participation in her children’s interests.  She was also a Girl Guide leader for many years, meeting weekly and even taking her pack on weekend camping trips.  Helping to create skits and crafts, lead in singalongs and growing self confidence in the girls was an important aspect of Betty’s life.  Growing up on the farm, Betty knew that whatever a boy could accomplish, a girl was just as able.  She decided to form and play in a female hockey team.  Something not common in those days, and because there were only enough ladies to form a team, they played against the boys she had been coaching. This led to some interesting games.  Betty also played fastball for many years.

As the kids grew up Betty continued to volunteerand became certified with St John’s Ambulance.   We recall many evenings being dummies so she was able to practice life saving skills, making slings and bandaging wounds.

She was also involved in the Grande Prairie hospital ladies auxiliary and many days the kitchen table was covered in fabric as she sewed nightgowns for preemies.

Betty and Carl thought retirement was a good idea, but after a short time of quiet, they started a landscaping company and Betty also tried her hand working in the retail business.  Always being successful, she soon became a regional manager and travelled to assist in setting up stores and checking on their progress.

Carl and Betty were always happy to tend to their acreage clearing the land, putting up fencing and modifying the farmhouse into a tack shed.  She joined the Grande Prairie Gymkhana Club and travelled to weekend events.  Betty’s passion was being with her horses and spending time riding and competing. A horse lady to the core, Betty would often talk about Mantracker and never missed a show.  She was very proud of her signed shirt and hat she received from him and the signed portrait she kept close.   It was also around this time, Betty decided to get her license as a driving instructor with Start Rite.  She was very proud when a student would call or come in and let her know they passed.  She really cared about people and helping them gain confidence behind the wheel and in life.

Her grandchildren were also important to her and so loved by her.  She enjoyed making crafts and baking with them especially during Easter and Christmas. She was always offering love and encouragement to them and taught the value of being humble by example.

Mom, thank you for always peaking from behind the curtains making sure we made it home safely at night.  We always knew you were there, and you never complained about the worry we caused you, always thinking it wasn’t about you, it was about us just being safe.

We know you are free and riding with horses through the mountains and trails.

We want to thank the Kelowna and Invermere hospital doctors, nurses, home care and the Cranbrook Oncology Department for their respect and kindness shown to mom.

A service for Betty and Carl is planned for April 22nd in Invermere, location to be announced.

To send flowers to the family or plant a tree in memory of Betty Schaal, please visit Tribute Store
Online Memory & Photo Sharing Event
Online Event
About this Event

Share Your Memory of
Betty
Upload Your Memory View All Memories
Be the first to upload a memory!
Share A Memory
Send Flowers