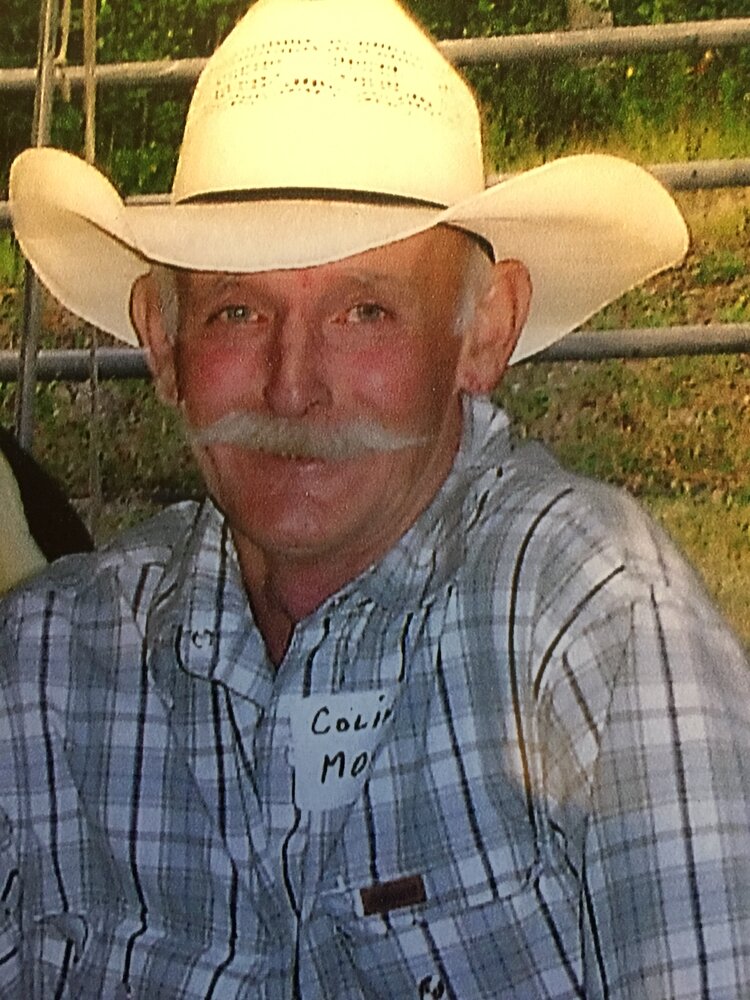 Please share a memory of Colin to include in a keepsake book for family and friends.
View Tribute Book

With heavy hearts we announce the passing of Colin “Clem” Ross Morrison of Wardner, BC

Born on July 20th 1948 in Cranbrook, BC, Colin passed away peacefully with his family at his side at the East Kootenay Regional Hospital in Cranbrook, BC. Jan 16th 2023 at the age of 74 years.

He is also survived by his sister Helen Ward of Penticton, sister Jean & Dick Robinson of Cranbrook, sister Carol & Rob Price of Kelowna and his brother Don and Dana Morrison of Cranbrook and all the nieces and nephews.

Colin was predeceased by his parents Cecil and Annette Morrison and brother-in-law John Ward of Cranbrook.

Colin was born and raised in Cranbrook, BC. He has many lifelong friends that he grew up with who he remained close with until the end.  He was an outstanding athlete throughout his high school years excelling at soccer, basketball, gymnastics and any sport he attempted, winning the athlete of the year for 1967 and 1968 from Mt. Baker Secondary School.  He also starred in the high school theatre production of “Annie Get Your Gun” in 1968. Later in life he enjoyed curling, soccer and watching college football.

He worked for many years with CP Rail as a trainman.  He went on to work in the lumber industry as a horse logger and in local tie and sawmills. He also worked as a dozer operator on forest fires and clearing the Kimberly ski hill expansion.  All this while he continued to farm and ranch and raise a family.

He was a well-known farmer and rancher in the area for many years. He spent his younger years milking cows with his dad Cecil at the Cranbrook City Dairy until they bought a dairy in Creston. Colin then moved back to the area to their family farm on the Morrison Flats on the Kootenay River near Wardner. When the Libby Dam was created, all of their farm land on the river bottom was expropriated.  He went on to farm with his father on the old Wardner Golf Course land, where his sons continue to farm today.  Colin was an innovative farmer and took an opportunity to harvest crops on the City of Cranbrook Spray Irrigation Project when other farmers saw it as a risk. This is a legacy he was proud to see his children continue.

He spent many years on the Pickering Hills Range grazing cattle and later years on the Mayook Rampart Range. He was always involved with working cooperatively with the other ranchers and the Forestry Branch and personnel. He was a Past President and lifetime member of the Waldo Stockbreeders Association. He was also a member of the Kootenay Livestock and BC Cattlemen’s Associations. After many years in the cattle industry, Colin was known to be very knowledgeable in cow/calf production. Often called upon by other farmers to assist with castration, branding and cattle health issues. He truly was a “shepherd to many flocks”.

many events with a flair to make people listen and laugh. He was famous for the poem “Purt’ Near Perkins”. He was quick witted and always had a good line to make most situations enjoyable.

When his health was failing him, he continued to consult with his family on farming details. He kept up his quick mind with many crossword puzzles and shared his wisdom and humour with his grandchildren and many friends.  Colin was very fulfilled knowing that his children have all embraced a life in agriculture. “A good farmer always gets his seed back”.

Colin was loved and will be missed.

A Celebration of Life will be held on the family farm at Wardner in late May or early June.

To send flowers to the family or plant a tree in memory of Colin Morrison, please visit Tribute Store
Online Memory & Photo Sharing Event
Online Event
About this Event

Share Your Memory of
Colin
Upload Your Memory View All Memories
Be the first to upload a memory!
Share A Memory
Send Flowers