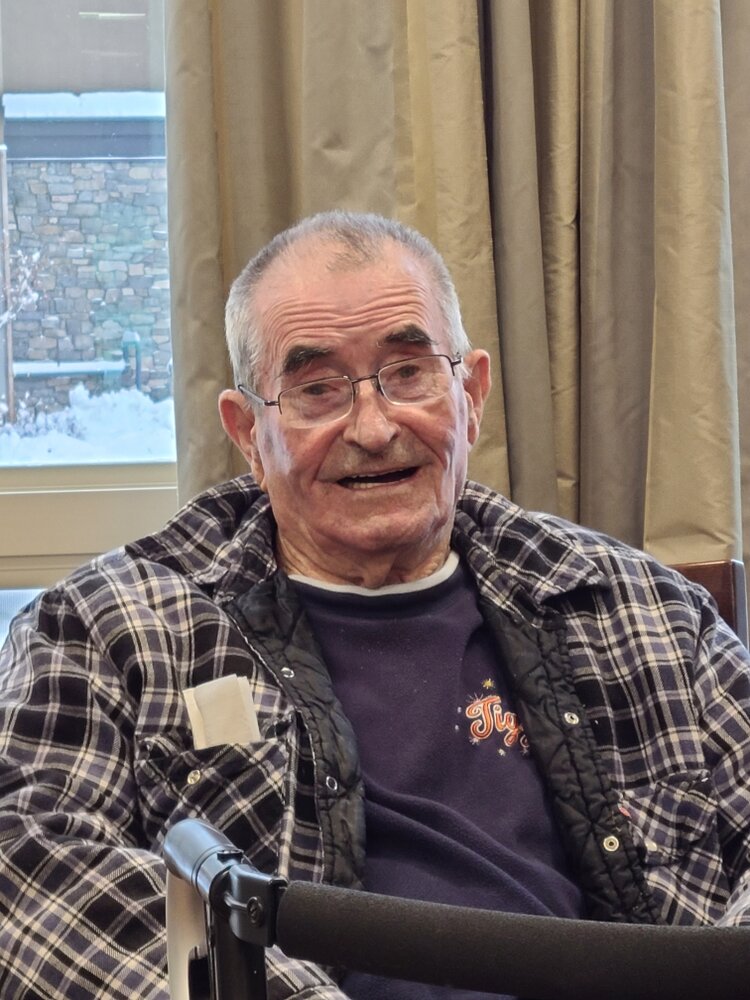 Donald passed away peacefully on Saturday January 14, 2023 at Kootenay Street Village in Cranbrook, British Columbia, with his family by his side.

Donald grew up in the East Kootenay area, and worked in logging driving a CAT (which was always his dream job). Donald met The Martins, who became his adoptive family, Linden and Tory ( Ma Martin) (predeceased_ and brothers Kess, Robert and sister Patsy. He built a few of the roads around the Skookumchuck area of Ram Creek, White Swan/Lussier and Skyline.

Donald met Frances, the love of his life in Springbrook, married March 14, 1953 and they moved permanently to Wasa and raised their children Robert (Bob), Margaret, Chuck and Patty.

Donald then joined the workforce of Construction until his retirement in 1992. Donald in retirement did his wood working craft and critters. Donald’s pass times were hunting, hiking with family and friends, and at one point tried his hand at photography. He was known for a good sense of humour, and his storytelling. He had a huge heart and would help anyone who was in need.

The family would like to thank the staff of Kootenay Street Village for their love and care of our Dad.

There will be no service per Donald’s request, a Celebration of Life will be held in May or June of 2023, exact date yet to be determined.

To send flowers to the family or plant a tree in memory of Donald West, please visit Tribute Store
Online Memory & Photo Sharing Event
Online Event
About this Event