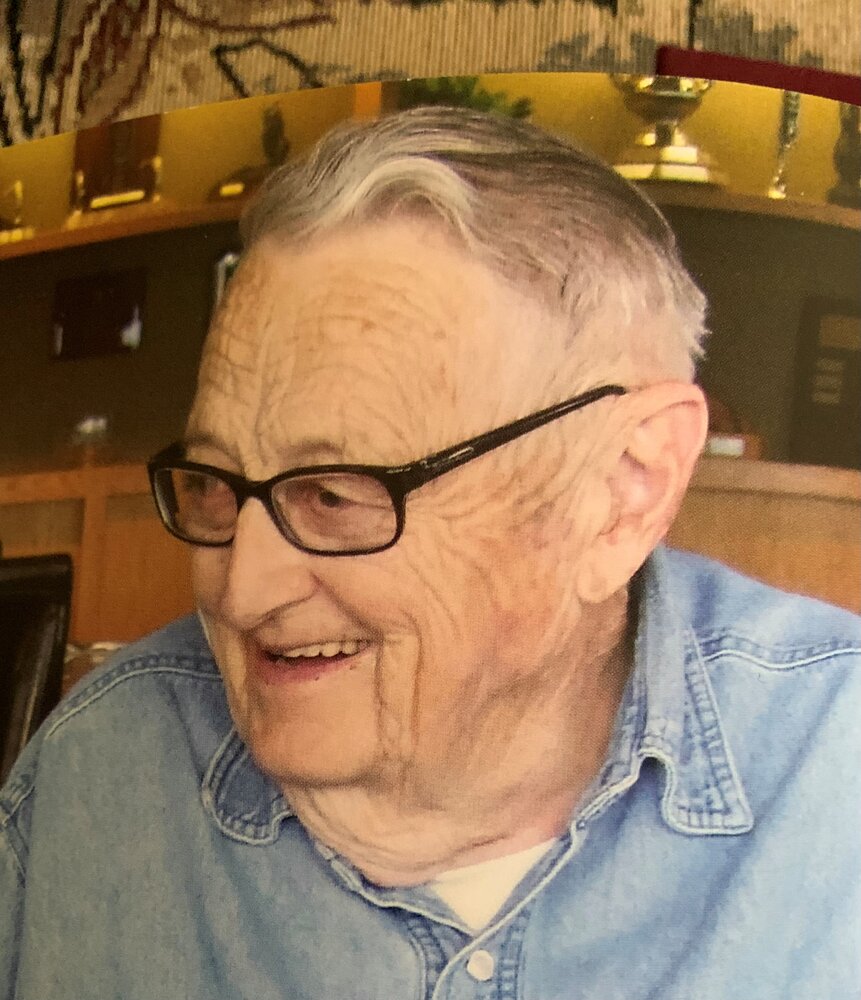 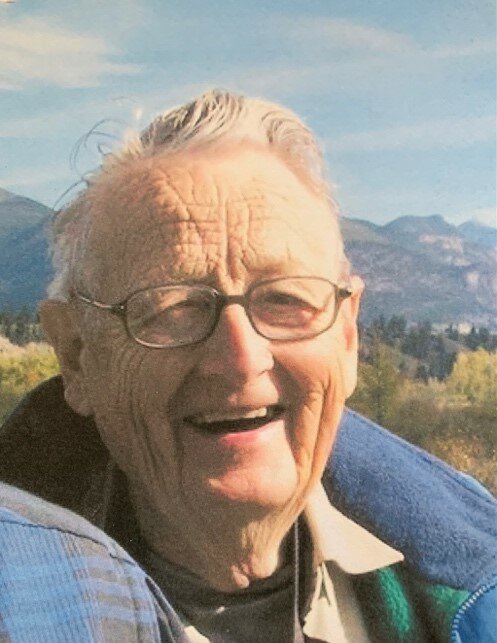 Ray passed away peacefully at the age of 103 at Columbia House in Invermere.

Ray was born to Charles and Annie Crook in Windermere and raised in the Valley with his older brother Charles. The family lived on several farms around Windermere and then in a small cabin where Ray finished his eight years of formal schooling. In 1932 his father started the Rocky Mountain Cabins Camp, now Crooks Meadow, with a gasoline station, store and eventually seven log cabins.

In 1933 Ray and his mother began operating the camp over the summer. Ray took a job over the winter months in Calgary as a mechanic in 1942 but decided he belonged in the mountains and started working on road maintenance in Kootenay Park. When his father died suddenly in 1945, Ray took over running the camp until 1956 when it was sold. Ray had built a house in Invermere in 1953 and lived there with his mother in the winters until they became full time residents in 1957. Ray’s mother Annie passed away in 1962 in her 82nd year.Ray was a devoted son and looked after his mother with love and kindness.  Ray worked as a post office clerk, a liquor store employee, for the Forest Service and manned the park gate at Radium.   He lived in the same Invermere home for 54 years until 2007 when he moved into Lakeview Manor. Ray was well known and loved in the village and had a prodigious memory. He was an avid photographer, a keen gardener, an active member of the Windermere Valley Historical Society and loved to read non-fiction books.  Ray will be missed by his wide circle of friends and acquaintances.

Ray is survived by his nephew Gary Crook (Darlene) from Switzerland, his grand-nieces Michelle Miller (Perkins) living in California and Danielle Crook-Davies (Simon) living in Italy.

Ray was predeceased by his brother Charles in 1994. A special thanks for staff at Columbia House who provided tender care to Ray. If desired, donations may be made directly to Columbia House, Invermere Public Library Association or the Invermere Valley Historical Society.

A service to honour Ray will be held on Tuesday December 7, 2021  at 1pm at Christ Church Trinity in Invermere,B.C, followed by a burial in Mount View Cemetery.

Due to COVID restrictions and capacity limitations, we will ask you to please RSVP to McPhersons, 250-426-3132 if you wish to attend in person. COVID protocols will be in place at the service for those attending.

To take part in the service via live streaming, please click the tab to the left that says Life Streaming of Service.

Share Your Memory of
Raymond
Upload Your Memory View All Memories
Be the first to upload a memory!
Share A Memory