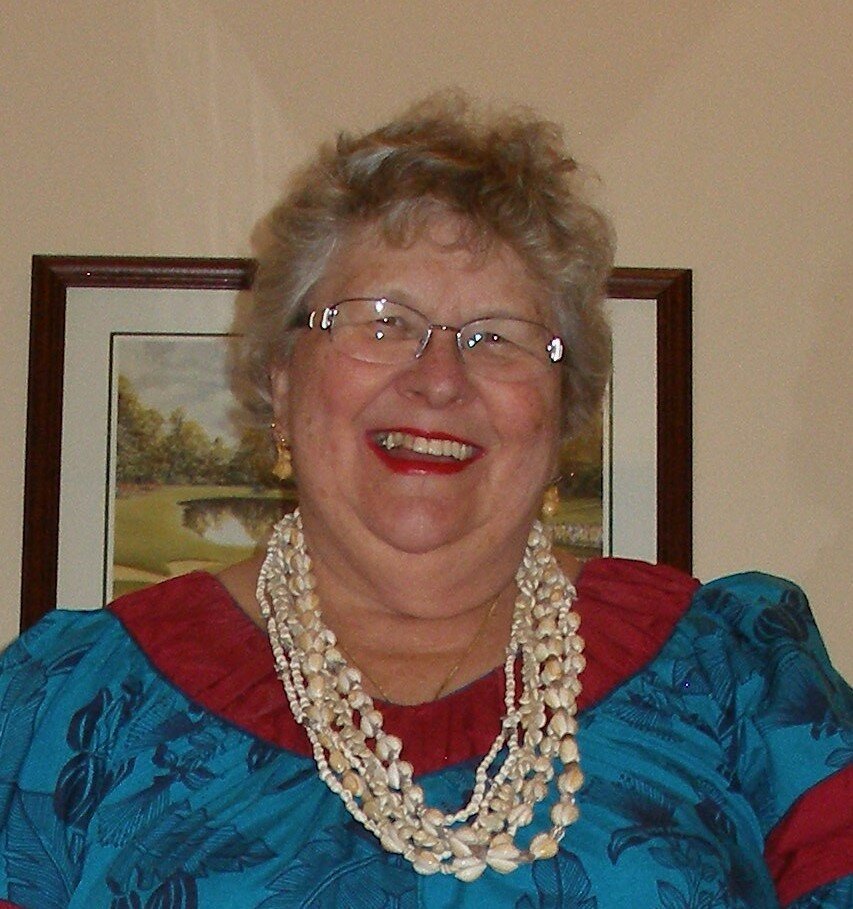 Margaret Elaine Karras was born in Minnedosa, Manitoba on September 14, 1937. Elaine completed her Registered Nursing certification at the General Hospital in Calgary. It was here she met her future husband, George, who was a patient at the hospital. They married on June 25, 1960, in Taber, Alberta where she worked as a maternity nurse, and they began their family. When they moved to Cranbrook in the early 1970’s, Elaine continued to work as a nurse at the East Kootenay Regional Hospital until they moved to Hawaii in 1989. They lived on Oahu, Hawaii for seven years where Elaine worked at various facilities as a psychiatric nurse. They moved back to Cranbrook upon Elaine’s retirement.

Throughout her life, Elaine was one of those special souls who always smiled, was always cheerful, loved to laugh, and lived life to the fullest. She brightened the lives of everyone she touched and made countless friends wherever she went. Elaine loved to travel with her husband, exploring new places and meeting new people throughout the world. While living in Hawaii, they became ‘Ohana’ (family) to many friends where Elaine was lovingly referred to as ‘Aunty Elaine’. She was always known as ‘Tutu’ (Hawaiian for Grandma) by her two grandchildren and all their friends. She was a lifelong member of the sorority Beta Sigma Phi (βΣΦ) and a long-term member of the “Friends of the Cranbrook Library”. She loved to read and passed this love of reading onto her children and grandchildren.

Goodbye Elaine, Mom, Aunty, Tutu – we will love you always!

Elaine was predeceased by her husband, George, and is survived by her son Robert (Bob) Karras of Cranbrook and her daughter Nicole (Niki) Elaine Karras (Terrance Wade) of Fonthill, Ontario and their two children, Ellen Margaret Wade (Fonthill) and Georgia Suzanne Wade (Emmerthal, Germany). Elaine is also survived by her two younger sisters, Madeline Andrews, and Donna Telford (Jeff Gifford).

To send flowers to the family or plant a tree in memory of Margaret Karras, please visit Tribute Store