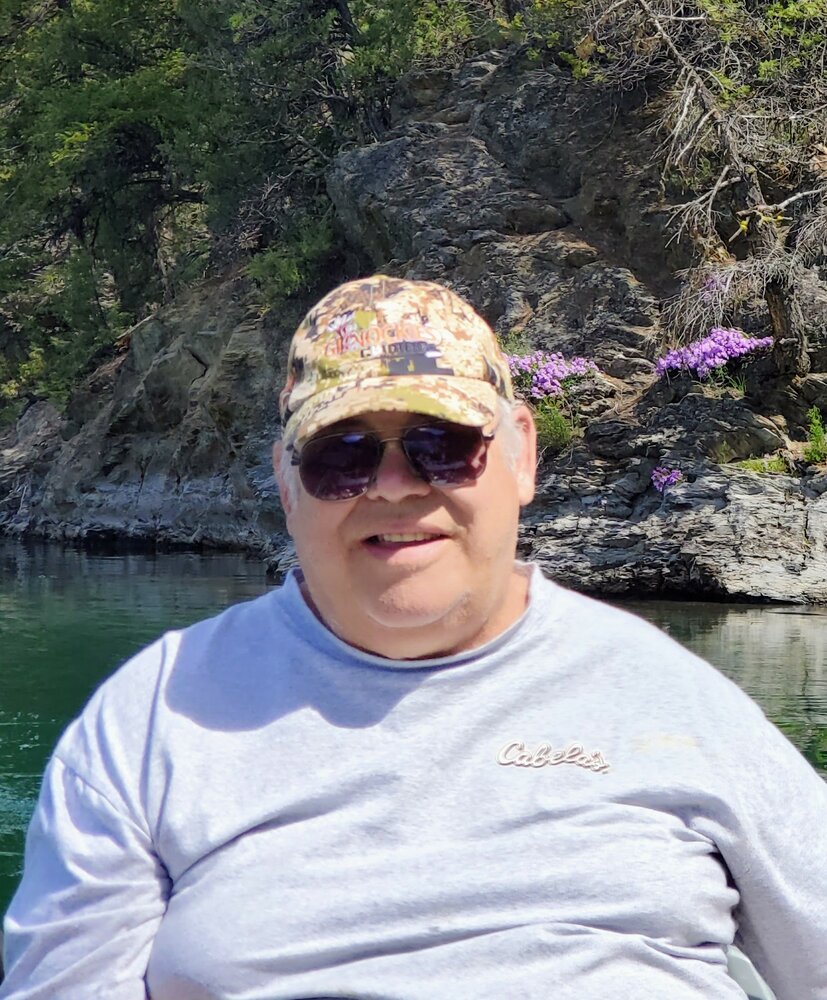 Please share a memory of Herbert to include in a keepsake book for family and friends.
View Tribute Book

Herbert, known as Terry to most who knew him.  Big Ter and Jude to some.  Was born in Montreal Quebec to Jean and Herbert Kelly.  Raised in Chateauguay, an off-island suburb of Montreal.

His father worked for CP rail and his Mother was an avid Foster Parent.  Beside his 2 brothers, Brian and Mark, he also had his younger sister Marleen and countless foster brothers and sisters.

Terry left home at the young age of 16yrs, not uncommon at that time.  He went on to learn a trade and worked alongside his Dad on the CP rail as a journeyman Electrician.

Terry was a lover of adventure and was not destined to stay in one place for too long.  His travels in the 60’s brought him to the California Coast to overseas, backpacking and adventuring across Europe.

In 1975 Terry married Karen Daniel.  Lured by his sense of adventure the couple moved to St. Paul Alberta.  Here they bought and established a 160 Acre working farm.

In 1978 the couple would welcome their first born, a son Nathan William.  Followed over the next few years by daughter Cheryl Louise in 1981 and Rachel Jean by 1982.

In 1989 Terry packed up the family and all their belongings and moved them to Cranbrook BC.

Hunting, fishing, camping, off roading, horseback riding, berry picking, campfires.  All kinds of Kootenay family adventures followed.  Terry taught his children to have a strong respect and appreciation for the outdoors, nature and living creatures.

A loving Grandfather, Terry welcomed two Grandchildren into his life.  Daughter Rachel gave birth to Malia Rayne in 2005 and Kobe Josiah in 2006.

Terry eventually settled down in Marysville BC and enjoyed a “quiet” bachelor life. By the end of his lifelong career as an Electrician, Terry finished out his Career at BC Hydro retiring in 2012.

Dogs always held a special place in Terry’s life and wherever he went a dog would not be far behind nipping at his heels. He is survived by Downey his Chocolate Lab.

Terry was a passionate storyteller.  There is nothing he enjoyed more than sharing history and geography lessons to anyone within earshot.

He made the best tour guide for anyone visiting the Kootenay Valley, an experience many got to enjoy.

Terry was so proud of his family and would tell everyone who would listen of their accomplishments.

He is pre-deceased by Herbert Alfred Kelly and Jean Squires-Kelly-Hannah.

The family would like to thank the nurses and doctors who cared for him during his hospital stays.

An open house celebration of life for Terry will take place at St. Mary’s Lake Beach and Boat Launch.  11am, Saturday, May 07, 2022.  BYO Chair and fishing net.

Condolences for the family can be offered at: www.mcphersonfh.com

You can plant a tree, in a location of your choice, in memory of Herbert Terrance Kelly.

To send flowers to the family or plant a tree in memory of Herbert Kelly, please visit Tribute Store
Saturday
7
May

Share Your Memory of
Herbert
Upload Your Memory View All Memories
Be the first to upload a memory!
Share A Memory
Send Flowers