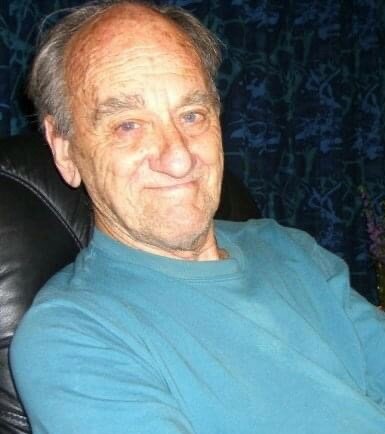 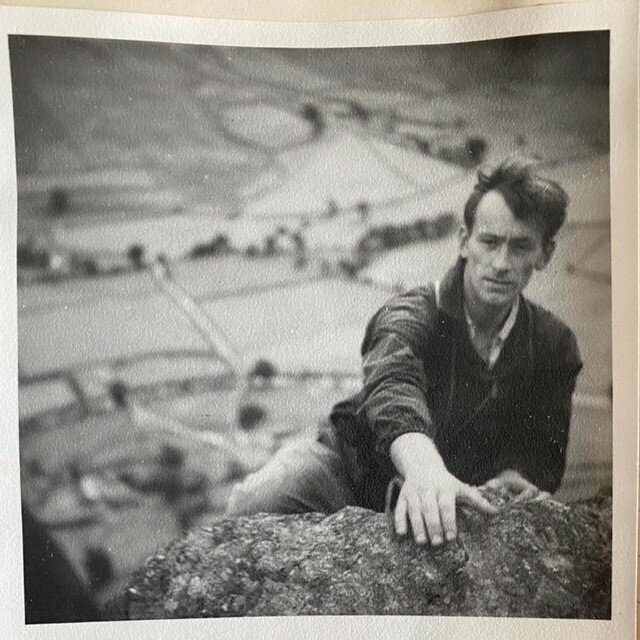 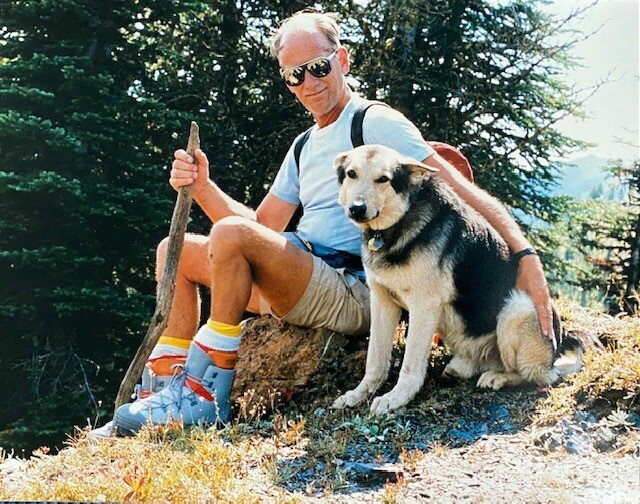 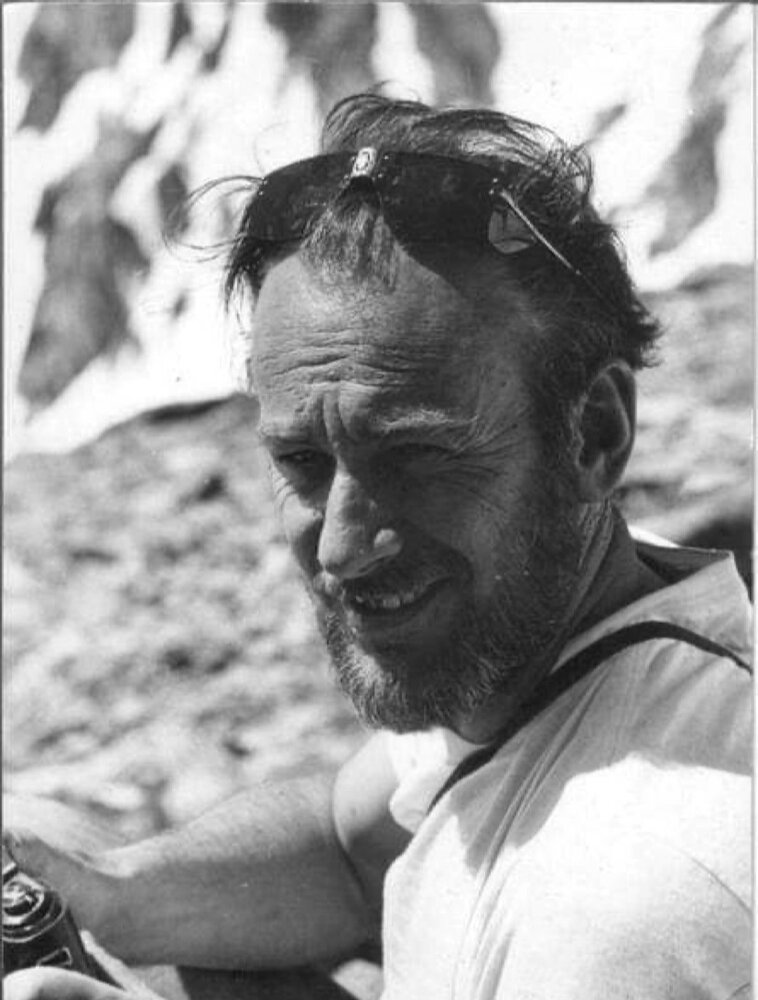 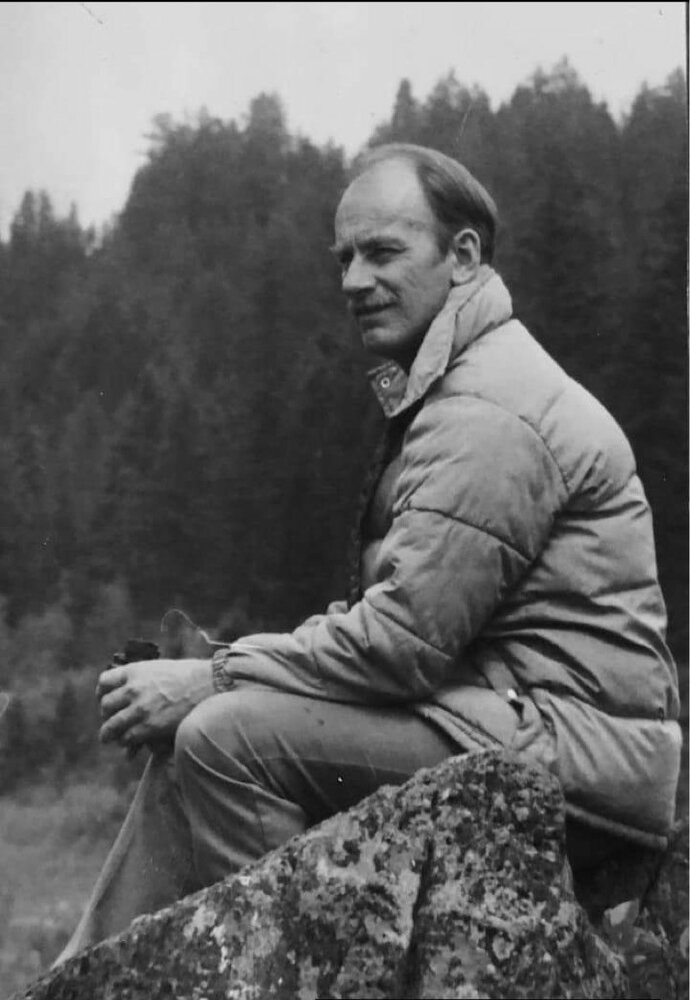 Please share a memory of Peter to include in a keepsake book for family and friends.
View Tribute Book

Peter was born in London, England, and spent his early years in Sidcup, Kent. During WW2 his father's business was relocated to North Wales, where Peter quickly developed a passion for the outdoors, rock climbing, and learning new languages. Upon completion of school he signed up with the RAF, trained to fly gliders and became a physical training instructor, but fortunately, the war ended before he served active duty and he and his family returned to London. In 1950 while rock climbing with friends he was introduced to Jean (Jimmy) Alexander, who was equally enthusiastic about climbing and mountaineering, and romance blossomed. They married on St. Patrick's Day 1951 and spent their honeymoon climbing in North Wales. As she was already a school teacher with long summer holidays she convinced him to attend teacher's college, where he specialized in PE and Art. Both Peter and Jimmy trained as mountain guides and spent summers on working holidays leading parties in the Alps. They lived their married years in England on a canal boat south of London.

In 1955 the Warlands emigrated by steamship to Canada, settling first in Prince George. They had come to BC for its mountains and, finding the north too flat, sought jobs elsewhere, which brought them to Cranbrook in 1959. Peter had picked up a smattering of French during his adventures in the Alps so soon found himself teaching French. He attended summer school on campus at UBC to complete his Bachelor of Education in 1967. Over the course of 30 years at Mount Baker Secondary he taught everything from English, French, Phys Ed, Drama, Social Studies, Geography and a locally developed course in Anthropology. He was also active at MBSS with musical theatre, clubs and teams, helping found the Environmental Awareness Program (EAP), a precursor to Outdoor Education.

Peter also threw himself energetically into Community Theatre, writing, directing, producing, choreographing and acting in a series of adapted Christmas pantomimes at the Fort Steele Wildhorse Theatre. He loved 1940s swing and boogie woogie. Both exceptional ballroom dancers, he and Jimmy could take over any dance floor at weddings or New Years parties. He played piano daily, also trying his hand at saxophone and drums. Peter and Jimmy learned to ski and spent years ski mountaineering before it was trendy, and volunteering with Kimberley ski hill programs. Known for his passion for the outdoors and adventure, Peter also dabbled in backpacking, canoeing, sailing, windsurfing, horseback riding, water-skiing, mountain biking and ice hockey. He loved his dogs and became 'Uncle Pete' to many other canine friends.

After retirement in 1989, Peter and Jimmy traveled back to the UK as well as Europe, Thailand, China, the Caribbean and Central America. A life long journalist, he had taken to writing early in adulthood and penned many articles for magazines and papers, including his long-running 'Curmudgeons Corner' in the Daily Townsman. Peter doted on Jimmy, caring for her during several injuries and her final years with Alzheimer's. He taught himself to cook all her favourite dinner and dessert recipes, and experimented with Asian inspired dishes, reminding each other of their time spent in Southeast Asia. He managed to stay physically active until his early 90s; when he could no longer hike he took to cycling, which he did until his 93rd year. He insisted he was not a fitness enthusiast, but enjoyed the outdoors for the aesthetics - the wildflowers, deep powder snow, glacier cold streams, breezy mountain ridges and sparkling oceans.

Peter will be remembered for his quick wit, storytelling, mountain expeditions, twinkly blue eyes, and his warm toothless grin.

Peter was preceded by his parents Edna and Alfred Warland, his wife Jimmy in 2012, son-in-law Richard Juryn in 2007, and many treasured skiing and mountaineering buddies.

Service to be held at a future date in Summer 2022.

To send flowers to the family or plant a tree in memory of Peter Warland, please visit Tribute Store

Share Your Memory of
Peter
Upload Your Memory View All Memories
Be the first to upload a memory!
Share A Memory
Send Flowers