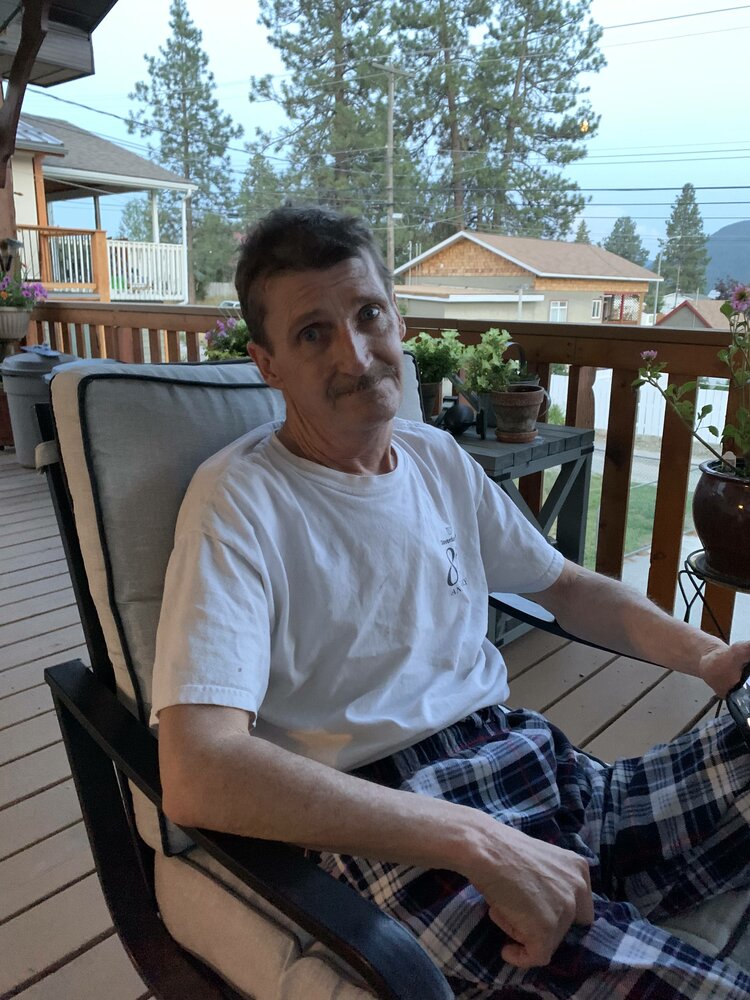 Please share a memory of Kevin to include in a keepsake book for family and friends.
View Tribute Book

With heavy hearts we announce the passing of Kevin Scott Pearce.

Kevin was a lover of baseball, especially in his younger years. In fact, he even played in the World Series in Pennsylvania where he met Julie Eisenhower and President Nixon. Kevin was a very kind, compassionate, caring, generous and giving person. This showed in his work as a carpenter and maintenance man for individuals with mental and physical disabilities. He will be greatly missed by countless members of his family, especially his devoted wife and caregiver Christine.

There will be a Service in Honour of Kevin on Friday October 7th, 2022 at 2:00pm, at Valley View Funeral Home

Memorial donations may be made to the BC Cancer Agency

To send flowers to the family or plant a tree in memory of Kevin Pearce, please visit Tribute Store
Online Memory & Photo Sharing Event
Online Event
About this Event

Share Your Memory of
Kevin
Upload Your Memory View All Memories
Be the first to upload a memory!
Share A Memory
Send Flowers