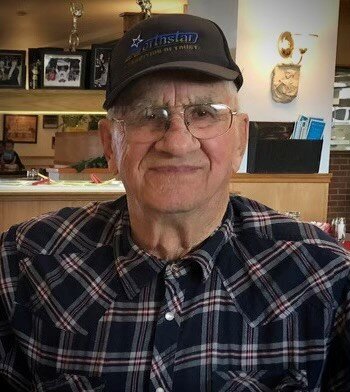 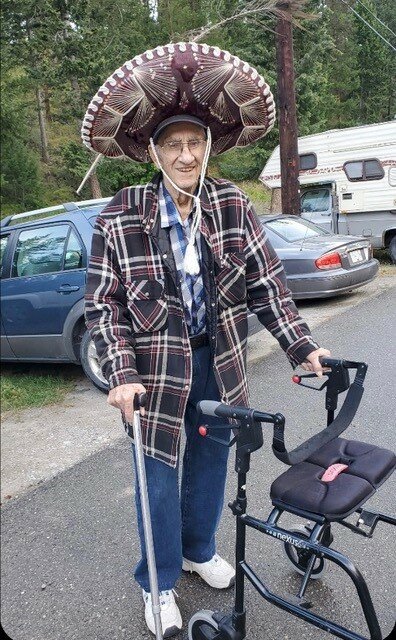 Please share a memory of Anton to include in a keepsake book for family and friends.
View Tribute Book

It is with great sadness that the family of Tony Hemmelgarn announces his peaceful passing at the age of 93.

Tony was born in an old farm house on the family farm near Medstead, Saskatchewan. A home he shared with his parents and fourteen brothers and sisters. He grew up thrashing grain and worked his first job at La Paw Lumber Co Reserve.

Tony made the move to Invermere, B.C. in 1955. On his journey to B.C., he stopped for lunch in Kimberley and thought it seemed like a great little town and stated that he would love to live there one day.

He met his beloved wife Sharon (Kyle) in Invermere 1958. They were married in 1960 and welcomed two children, Debbie and Ken.

He worked various job operating equipment, including the Federal government and BC highways, a job building highways that moved them all over BC. You’ve probably driven on one or two.

They settled in Meadowbrook, near Kimberley where he bragged that he had the best well in the whole valley because he had witched it himself and it has never run out. He retired in 1988 after spending the last sixteen years running a D9 cat building logging roads for Jim Kennelly. If you have ever driven on an old backroad in Canal Flats, or up White Swan or up the St. Mary’s Valley, he probably built it and could give you directions right until the very end.

His biggest blessing in his life was his five grandchildren, Dustin (Keri), Shannon (Taylor), Lucas, Matthew and Megan. He was then extra blessed with six great-grandchildren, Kyra, Morgan, Logan, Jayden, James and Emily.

Tony was well known for his sense of humor and stories that kept everyone laughing. He was never one to turn down a good meal. He loved his raisin pie and ice cream and was very fond of chocolate. He was one of the most hardworking men you would have ever met. He kept busy in his retirement years by getting firewood with his son and grandsons, by helping out his neighbours and friends, and by tinkering in his garage. He took pride in his yard and always kept it immaculate. He knew the value of a dollar and would fix anything that was broken instead of replacing it. Later on in his senior years he could be seen cruising the neighbourhood on his red scooter.

Tony was predeceased by his parents, several brothers and sisters and his grandson Lucas.

Tony is survived by his beloved wife Sharon, his children Debbie (Niels) and Ken (Jane), grandchildren and great-grandchildren, 5 siblings, numerous nieces and nephews, and many friends.

A service in Tony’s honour will be held at a later date.

“A golden heart stopped beating; hard working hands at rest, God broke our hearts to prove he only takes the best.”  - Unknown

To send flowers to the family or plant a tree in memory of Anton Hemmelgarn, please visit Tribute Store
Online Memory & Photo Sharing Event
Online Event
About this Event

Share Your Memory of
Anton
Upload Your Memory View All Memories
Be the first to upload a memory!
Share A Memory
Send Flowers